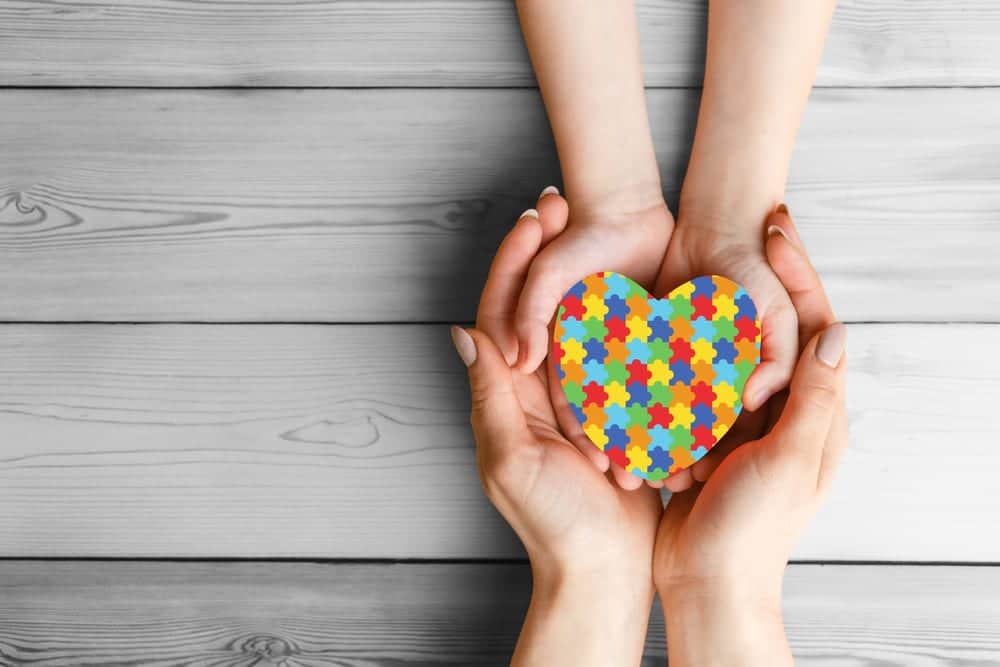 HEALING AUTISM IS IN MY DNA AND WHY IT IS RELEVANT TO THE TREATMENT OF ALZHEIMER’S?

I have had an affinity for autism for thirty-five years. I don’t know if it found me or I found it, but well before autism became a household word, and while I was not even close to choosing a healthcare profession, I was reading everything I could find about it. Not surprisingly, when I decided to study homeopathy, I immediately knew I would specialize in it.

During the last twenty-five years, my professional experience has been nothing short of a deep dive into Autism with a singular purpose of understanding it from an inner, experiential point of view. While even today, this remains a unique avant-garde approach, there is no question that taking this first step set in motion a continuity of insights that have blessed my practice all along.

Understanding the individuals inner state allowed me very quickly to assert that autism is – in most cases – a painful, tormenting and agonizing disorder, a fact some doctors are now slowly beginning to acknowledge. Recognizing that basic element so early in my career, radically transformed my case taking process. I developed more incisive questions for the parents and their answers became substantially richer filled with individual characteristics. Instead of dry bits of information, each case became more alive, substantially widening the choice of remedies to improve results.

Some years ago I said, Alzheimer’s disease is very similar to autism. At least the way it looks, it seems to be like autism.

2: No recognition of people. Glassy look, looking as if people are objects.

So it is outwardly at least very much like autism. I was really singular in thinking this is like autism.
Now study show “Shocking evidence, babies younger than one year. An autopsy done on bodies ranging from 1 to 42 years showed two proteins in the brain “Tau and “amyloid” associated with Alzheimer’s. AKA Tau tangle or tau effect.
Even though they are found in people suffering from Alzheimer’s most people actually have them. So long story short, these two proteins seem to appear very quickly in the brain and are no longer markers of Alzheimer’s.
The physical body actually rests upon an energetic matrix that is absolutely intrinsic to the physical body itself. This matrix, also known as “the field” is responsible for the manifestation and the functioning of the physical body itself, not the other way around. The disease is created when there is tension between the field and the physical body. The body can be manipulated with medication or Biomed but eventually, the field reclaims its right. When symptoms return we increase the dosage of the drugs to reestablish mastery over it but the relief can only be short-lived. That is why medications:
a) Create a deeper disease state by forcing disparity between field and body.
b) Create side effects.

I can understand skepticism about “the field”, nobody has seen it and as soon as one enters the subject, the conversation rapidly digresses towards “Do you mean homeopathy treats the soul?” Soul gets God, religion, and belief systems involved, subjects that tend to divide people rather than bring us closer together.

I am typing this paper on a computer that uses a silicon chip as the processor. Silicon comes from sand, purely physical matter with conductive and insulating properties that allow for very fast computing of data. We somehow easily accept silicon because it is matter, it is real. Now try the following with people. “Silicon computer chips will be replaced with Gallium oxide”. Nine out of ten people will instantly rationalize the information and accept it, even with zero knowledge of what gallium is but simply upon the basis that it is matter and we can relate to matter being useful for something. Follow your first statement with “but apparently the next generation of computer chips will use water”. Wow, excuse the pun but that does not compute in people’s minds. Nine out of ten will immediately be highly suspect of your fact and might actually start arguing the absurdity of it. It is a perception issue. Water droplet chips are a fact, they can hold a far larger amounts of information as well as compute faster than anything else. Weirded out yet? the clincher is that it actually achieves both functions in its “field”. In other words, the water computer chip holds information beyond its own physical matter. Similarly, the body has its field with all of its memory, functions, and integration into the greater whole. No wonder we are 90% water.

Every day my grandmother listened to a radio game show. If we arrived during the show, we could not make any noise because she literally believed the animator Lucien Jeunesse was on the radio. To her, it was more rational to think the guy was in the box than the voice coming through radio waves. It is the same as thinking your memory is in your body. It is the same as thinking love is a physical molecule. Love has an effect and that effect, different in everybody, can physically show in the body as a “molecule of love” but only as of the result of love. Love is in the field. Illness is in the field as well and its effects trickle down in the body. We are mostly field, thinking otherwise is the same as my grandmother thinking the animator is in her radio.

Medicine today is no different from my grandmother. Medicine tells us that disease is purely physical, that this homeopathy stuff is all cockamamie barely worth the placebo effect. Quite frankly medicine has a long history of denial. Up until very recently, it supported smoking even during pregnancy. It deemed junk food, OK and it argued in the 1920s that women were not capable of playing soccer. Surely from that point of view, it cannot fathom that homeopathic remedies processed with water, can have any effects whatsoever. In essence, medicine still wants all of us to believe the earth is flat.

Over 200 years ago, a very brilliant man by the name of Hahnemann discovered that plants’ particular properties mimic symptoms of the disease. For example, when we peel an onion, the properties of the onion make our eyes burn and tear as well as cause our nose to run like a water faucet. Those symptoms are very similar to hay fever. If one were to eat quinine, one would actually develop symptoms similar to malaria. Hahnemann carefully recorded hundreds of effects of dozens of individuals plants upon the body and as a doctor started to prescribe them according to what he termed the “Law of Similars”. That was and still is a breakthrough of enormous proportions, but he didn’t stop at that. He then started to dilute the mother tinctures of these plants with water and shake them vigorously. He noticed that even though the dilution was high the water retained the properties of the plants and was actually better at healing than the physical plant itself. In essence, vigorous shaking created droplets of water that could retain the characteristics of the plant. Hahnemann reasoned that Homeopathy does not manipulate matter but rather restores resonance between the field, he called the vital force, and the physical body because clearly, it is the dissonance between the two that causes disease.

It is human nature or ego to think that we are so advanced, that our beloved Apple computers and MRI machines are so sleek, beautiful and so powerful. Nature next to that is… a weakling unless it goes through 160 miles an hour or rumbles at 8 on the Richter scale. Nature is selfless, it does not say anything when we trample all over it, consequently, we take latitude. We think we can manipulate her. Our human genius gives us the ability to frack rocks, now Oklahoma that never had earthquakes experiences them on a regular basis. The same holds true with the body. We go to the doctor who gives us drugs that can have an effect but don’t restore harmony and disease continues hidden on the inside until we are diagnosed with a more dangerous illness than we previously had.

Leonardo da Vinci like Hahnemann was an observer of nature. Nature, by its very selfless nature, holds the deepest secrets of the universe right before our own very eyes. By simply watching a stream Da Vinci figured out how the fourth valve of the heart, the aortic valve, closes back after blood is ejected out of it. Only last year did we have “proof” that he was right. That is 500 years later!!! When the genius of man meets the wisdom of nature the sky is the limit. This is what happened with homeopathy. The only question that remains is: Are generations upon generations of children and individuals on the spectrum going to suffer for the next 500 years waiting for the approbation of medicine to approve of homeopathy? Tell me that is not the case, tell me that a case has been made here for you to leave prefabricated thoughts. Tell me that we can step out of the box. Tell me that there has been enough suffering. Tell me that you want to be a piece of a different path that is cradled in the truth of nature and not the prejudice of man. Homeopathy lies at the confluence of the beauty of nature and the genius of man. It does not manipulate, it does not suppress symptoms, it does not need the latest machinery of today that will be outdated tomorrow. Think about this, what medicine offers today will be outdated within five years. How is that for pathetic! Great deployment of resources for sure but, in the end, not much.

On the other hand, Allium cepa, the remedy for hay fever I mentioned earlier was, is and will be effective for those specific symptoms forever. It is part, as all homeopathic remedies are, of the indelible truth of Nature. When I give a homeopathic remedy for a patient on the autism spectrum according to a specific symptoms pattern, I don’t only help that patient I help all the other patients with those patterns, conceivably forever, not for the next five years. That is the beauty of homeopathy, that is its wisdom, it simply heals.

Currently, I am developing 200 new remedies (we have 6000 in total) I see as “pre-verbal” remedies. Given that Alzheimer’s begins before speech develops it is only logical that I have these remedies, understand their specific characteristics in order to give them accurately in people with those specific symptoms. So much pain can be relieved, there is a lot of hope, the future is bright, the best it’s ever been.

Also, read about homeopathic treatment for Alzheimer’s disease here on this link.